Hot & Delicious: Rocks The Planet is a weekly podcast interviewing inspiring individuals and successful entrepreneurs from around the planet across a range of industries (incl. music, film/tv, fashion, travel, comedy and more) about what makes them tick as people and drives their hunger for success.

I came across Allira’s work as a beautiful, sexy & captivating model through Instagram and we connected through Twitter where I swiftly discovered that she was so much more than a pretty face and amazing body, but in fact an extremely hard-working, lovely, inspiring and highly motivated individual. We became buddies a few years back and when I was road-tripping up the east coast of Australia last week, I decided I wanted to finally catch-up for a chat and dropped her a line.

I’m pretty excited to share this chat and the photos on the blog page as we recorded this podcast at Skypoint Observation Deck on the Gold Coast in Australia. We were located on the 78th floor of Queensland’s iconic Q1 building, which is one of the tallest residential buildings in the world and has spectacular 360 degree views of the Australian coastline, surf, hinterland and more. Make sure you check out the pics on the blog & thank you so much to the venue manager Guy and all the people at SkyPoint that made this happen. It seriously blew my mind to be recording in such an amazing location and it’s given me inspiration for future podcasts and another wicked little idea that’s been brewing for a while now… (but I’ll have to keep that under wraps for now).

I’m still tingling a little as when we were trying to decide where to record the podcast, I was like… well I don’t want to record at Allira’s house ‘cause that’s a little forward as we hadn’t met in person yet and I didn’t want to record at my mate’s house I was staying at, so I got thinking… maybe we can do it at a cafe near the beach… that’d be nice… and then no… hang on buddy… if you could record it anywhere at all on the Gold Coast, where would it be… bingo… light bulb goes off in my head. SkyPoint… and then I remembered I actually have a friend connected with SkyPoint Observation Deck and so I gave them a call… a few hours later it was all sorted… man, it blew my mind and it’s actually the perfect example of what I’m trying to get across with these podcasts.

If you set your mind to something, you can achieve almost anything. And if you want to do something, sometimes all you have to do is pick up the phone and ask.. or find out who that person is that you need to talk to and drop them an email. Not everyone you ask will say yes, but keep knocking on that door and eventually someone will say yes. We also all need to remember too that a no now’s not a no later… I can’t tell you the amount of no’s I’ve had and then weeks/months/years later the person I’ve approached has come across my work or my profile through a shared contact and all of a sudden I’m working on a wicked project.. That’s how it works. Not magic. Not luck, just a tenacious, hunger and determination. Just do it.

Anyway, in this podcast Allira and I chat about her travels to war zones working with the Australian Defence Force, performing in Afghanistan hitting the deck while rockets are going off around you, BlackHawk helicopter pilot antics, religion, the truth about how much hard work actually goes into being a model and being your own brand, how to go about choosing your role models and much much more.

Such a sick chat and we could have talked for hours… sign of a good podcast!!!! And how’s this view!!!! 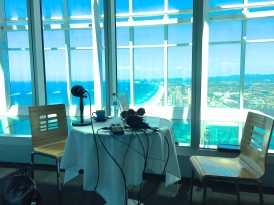 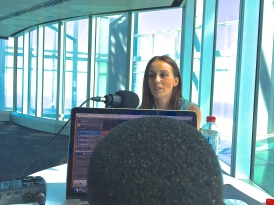 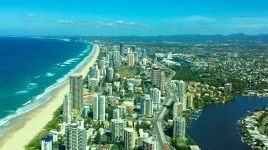 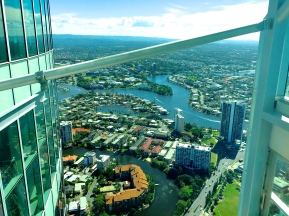 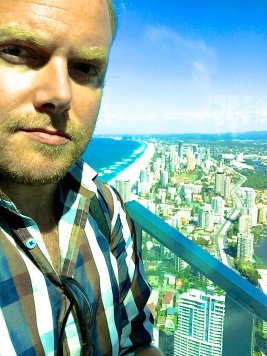