Meet Ash Hazell! This rad dude, close friend of mine and wonderful soul is the Head of Brewing at Colonial Brewing Co!

Yep, Ash Hazell oversees brewing at both Colonial Brewing Co breweries in Port Melbourne on the east coast of Australia and Margaret River in the west.

2 weeks back I jetted down to Melbourne-town for my yearly MRI brain scan and surgeon’s appointment, so last minute I dropped Ash a line and locked in an afternoon of drinking beers, brewery tour and podcasting with this legend!

Like many of the world’s best brewers, Ash fell in love with home-brewing beer from his very first taste of a mate’s home-brew at 16. Fiercely determined to then make this thing his life, completing chemistry degree with units of biochemistry and microbiology, Ash Hazell began his journey into professional brewing at one of Australia’s first craft beer breweries, Little Creatures Brewing Co, then founded Barrow Boys Brewing and was eventually head-hunted to take the reins at Colonial Brewing Co.

We cover off on Ash Hazell’s earliest ever beer memory, what inspired him to become a brewer in the first place, the Colonial Brewing Co Crosby Stills & Mash Gin Infused IIPA, South West Sour and their latest top secret brew, the delectable chocolate, honey and rum infused Violent Rumble. 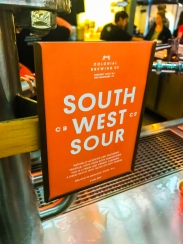 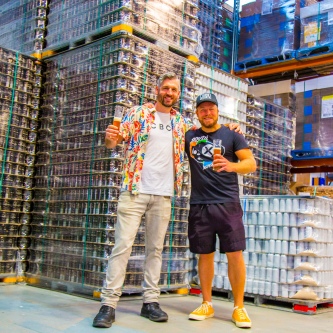