Following the announcement of Atoms for Peace debut album ‘Amok’ on February 25, 2013, we’ve discovered a secret track on the band’s official website.

Atoms for Peace is a collaboration between Radiohead’s Thom Yorke, Flea from the Chili Peppers, Radiohead producer Nigel Godrich and Mauro Refosco.

Download B-side ‘What The Eyeballs Did’ free on Thom Yorke and Flea’s band website http://atomsforpeace.info/. Once you hit the landing page, scroll all the way across the landscape artwork to the right & click on the dial of the clock tower to release the track. 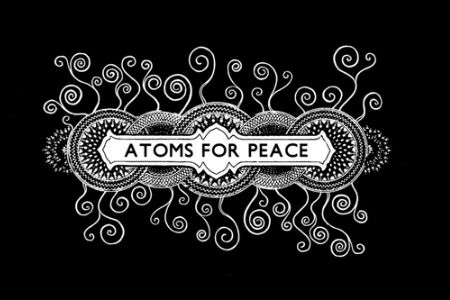