Yas! Podcasting in Bondi Beach and there’s a party in my pants!

I rocked up to Bondi Beach Public Bar to record Hot & Delicious: Rocks The Planet! weekly entrepreneurship podcast with this week’s feature guest Andrew Maciver, creator and founder of Party Pants and Bondi Productions, and he had a gift for me. My very own pair of his signature ALOHA Party Pants.

A community of business owners, innovators and game-changers who make their own luck is one of the key reasons that I moved to Bondi Beach from Coogee Beach, when I first arrived in Sydney 3.5 years ago – I describe it as a local global suburb, not because of the volume of tourists and backpackers on holiday visas, but because of the number of locals or residents that have their eyes on the prize and are striving to achieve greatness. This place is a beehive and hub of energy. And Andrew Maciver is one of those!

On today’s show we dive into the Party Pants origin story, Andrew’s ambitions and next steps to scale up the business, his desire to evolve Party Pants into a social enterprise, the process and challenges pulling together a team of creative producers and writers based in Sydney and Los Angeles developing film and television projects to take to market, brand new TV show ideas for Bondi Productions and much, more more.

I’m not surprised at how quickly and easily the conversation flowed given that we have over 30 mutual friends (and inspiring minds) in common from our time in Los Angeles and Australia (Sydney/Melbourne).  And I’m not kidding, I wore the most awesome ALOHA Party Pants out for drinks for the first time the next afternoon and night at a Can Cava pintxos & wine, Mamasan Bondi, BBPB and more in Bondi Beach and I lost count of the high volume of attractive women and men, who approached us with “Love the pants! Where can I get them?”.

Wanna get into our pants? Get into our minds first. Download the podcast! 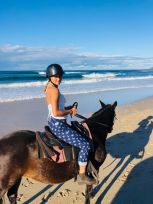 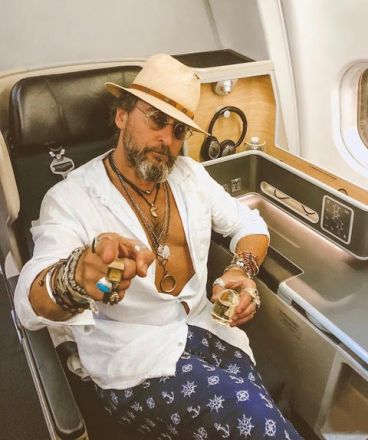 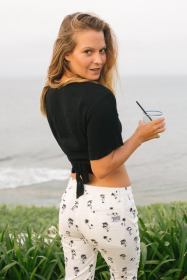