Signed to global music industry players, The Agency Group, with the launch of not one but two new albums in 2016, Hayden Calnin is shortly to be killin’ it not just in Australia, but in Europe, Canada, USA and around the planet!

For many of us music lovers in Australia, we see the impact that Hayden a talented producer on tracks of so many wonderful Australian artists including the likes of HOWQUA, Eliza Hull, Tanya Batt and the list goes on…

This guy’s played festival slots at Falls Festival and NYE on the Hill, had music featured on hit American TV shows like Suits and as we speak, one of Hayden’s tracks is going global as the new soundtrack trailer for the film ‘Room’ – see below (For My Help).

And yep, turns out that he’s a pretty good damn bloke too, as we all discovered on the Hot & Delicious: Rocks The Planet podcast in August last year.

I’m proud of you, man. And excited! For all you listeners out there…

Here’s a sweet sweet taste for your lips… Hayden Calnin has just dropped this little sparkler!

Connect with Hayden Calnin via Twitter or check out more of his music/tour dates via this brand spanking new website haydencalninmusic.com

The rise of Falls. The stuff that dreams are made of.

It’s that age-old love tale. Boy meets girl. Girl meets boy. They fall in love. Then they break up. And live happily ever after… as an internationally-signed folk rock band… ha ha… couldn’t help myself… True story though.

Melinda Kirwin and Simon Rudston-Brown AKA Falls are a duo from Darwin and NSW, who were originally a couple and now two friends, who are signed with a US record label (Verve Records), booking agent and management – helping them make the transition from independent Australian band to North American touring band.

Utilizing premier Australian music conference BigSound, Melinda’s experience with Eleven music company founder, John Watson at John Butler’s ‘the seed’ and the team at Sounds Australia as a launching pad for Canadian Music Week and South By Southwest, Falls signed a booking agent, management and lawyer on their North American tour in March 2013, followed later in the year by an approach from the Verve Records A&R team at CMJ Music Marathon, a 5 day music & film conference in New York City.

Flash forward 2 years and they have now spent the past 2 years living in the USA, touring the country and recording their debut album ‘Omaha’ due out on October 2nd worldwide! AND they launched their first single from the new album on the Wall Street Journal. Epic!

I’ve not caught up with these 2 since that 2013 SXSW tour when we met and became friends at SXSW in Austin, Texas and it was lovely to have them sitting on the couch in my castle in the sky telling all their tales from the road and what makes these two tick.

Ever wanted to know what it takes to make in the music industry? Then this is the podcast for you. They’ve poured blood, sweat, tears & a whole swag of hard-earned Benjamins into their career on the sniff of a chance to achieve success beyond their wildest dreams.

Truly an inspiration & makes me happy every single time I see their latest update on social media.

This is the stuff that dreams are made of.

Connect with Falls via Twitter or check out more of their music/tour dates via the website fallsofficial.com 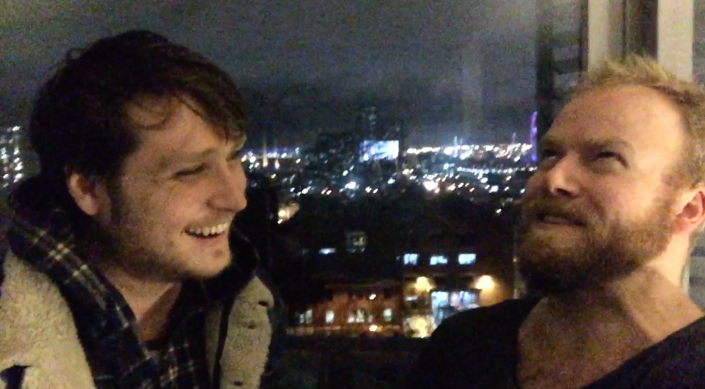 I’d like to say that one of my skill-sets is being able to spot a like-minded soul at 10 paces and in many ways, prolific Australia singer-songwriter and producer, Hayden Calnin, is one of those.

At the moment, everything Hayden Calnin touches turns to gold – by holding himself to his “putting everything into what you do” attitude, Hayden has put himself in a position where the world is at his feet – from having music featured on hit American TV shows Suits/Parenthood/Teen Wolf, to the magic of his latest single ‘White Night’,  festival slots at Falls Festival and NYE on the Hill  and being asked by the next crop of amazing Australian musicians to produce their music.. just because they want to tap into his skill-set as a creator… HOWQUA, Eliza Hull… seriously.. watch this space…

Yes, the good news is if you’re not in Australia, Hayden Calnin is going to be coming to your home-town very soon… Europe, Canada, USA… all now targets on his hitlist having just inked a global booking deal with major players The Agency Group in North America and Europe, so if you haven’t heard his shit yet, I promise you will… very very shortly.

I invite you now to sit back and enjoy our chat, as we flick back and forth between his life in music and Hayden as a person covering everything from his favourite authors to the inspirational figures in his life, his first ever memory as a child at his German grandparents’ house hunting for Easter Eggs, life philosophies and his work with young Australians, teaching music and connecting with our youth at one of Melbourne’s juvenile detention facilities.

Love it! And man, the first time you hear this guy perform live, it’s like… “Wow, that just happened… I want more!” – a must see for anyone with a modicum of taste in live musical performance

Connect with Hayden Calnin via Twitter or check out more of his music/tour dates via this brand spanking new website haydencalninmusic.com

2 days to go ’til Haarlo’s launch at the Northcote Social Club with Eliza Hull and Ainslie Wills! 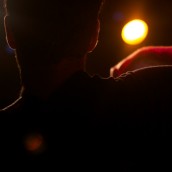 One of the elements I savor most about working at the forefront of the Australian indie music scene is the opportunity to hear & promote music at that precise moment when artists/bands are about to take that bold step out into the wild for the 1st time… the great unknown… Will people love my music as much as I do.. Will I be famous.. Will I travel the world..

In the first single ‘Dreamlands’, New Zealand-born vocalist Stacey Gardiner and talented producer/multi-instrumentalist Jono Steer (Ainslie Wills, Hayden Calnin, Eliza Hull) join forces to produce a tune that now resides in a playlist I describe as night-time sunshine.. Manuka-honeyed vocals, synths and a beat that just floats me away..

Supported by one of our recent Hot & Delicious faves, Eliza Hull and Ainslie Wills, Haarlo launch their ‘Dreamlands’ EP at the Northcote Social Club this Thursday July 11th

The official music video dropped this week for Eliza Hull‘s ‘Echoes’ and as I relax in the night-time sunshine of this beautiful song, I lose myself in the music for 10 seconds and subconsciously my mind tells me I’m listening to Florence Welch (Florence + The Machine).. But no I’m listening to Eliza and she truly is an amazing talent..

Produced by Hayden Calnin in his bunker studio over summer on the Peninsula, ‘Echoes’ is lifted from Eliza Hull’s 2nd EP due out in late 2013. And if you’d not previously come across Eliza Hull’s work, there’s loads more on the way! The Melbourne-based musician is also the co-founder/producer of Large Noises, who have been doing some fantastic music video TV work with a whole swag of Aussie artists incl. Alpine, Big Scary, Gossling, Vance Joy and more.

Echoes. Perfect for chilling on the couch on a cold winter’s eve with a large glass of shiraz.. Love… 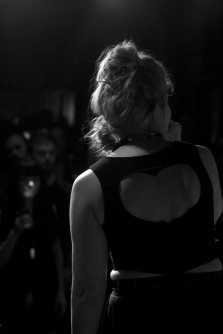 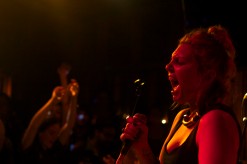 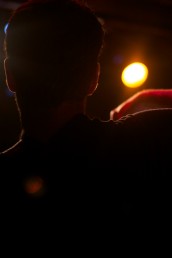