It’s amazing the friends and connections that you can make through social media if you put yourself out there!

This week’s very special guest on Hot & Delicious: Rocks The Planet! is comedian, writer & MTV presenter, Sam Taunton. Sam and I met via Twitter through Sri Lankan-born Australian-based stand-up comic and actor, Dilruk Jayasinha 2 years ago, after Dilruk was a guest of mine on the show.

Bursting onto the scene in the 2015 Triple J RAW Comedy National Final, of late Sam Taunton has been juggling stand up and various media projects including being MTV Australia’s newest VJ and in 2017 was nominated for ‘Best Newcomer’ at the 2017 Melbourne International Comedy Festival.

Ever wanted to know the steps & tenacity it takes to be come a stand-up comic?

Download this hilarious and candid episode of  Hot & Delicious: Rocks The Planet! with comedian Sam Taunton! 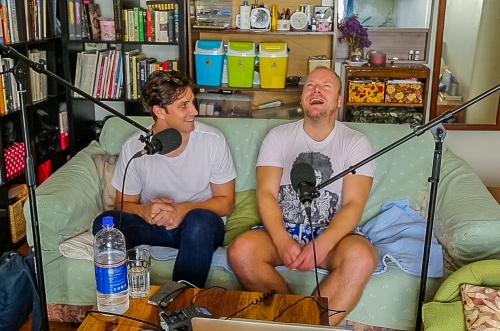