Touchdown in L.A. for a month in the USA and I’m already having blast!
Spoke at Social Media Week – Miami last week and my biz, ‘Hot & Delicious: Rocks The Planet’ has just spent the weekend driving social media for Los Angeles Podcast Festival. Pretty… bloody… excited!
In just over a week, I’ve recorded podcasts with Dave Anthony, Steele Saunders & Nick Cody, Graham Elwood of Comedy Film Nerds,  Henry Wagons, been hangin’ in Hermosa and Venice Beach with one of my best mates, Andrew Bongiorno, who’s been building his career as an actor in Los Angeles the past few years – bodysurfing the waves of LA’s beaches in this scorching hot weather after leaving behind the Australian winter, street-art walks around Venice, a shit-ton of delicious Mexican food that California’s renowned for and we punched out an epic Runyon Canyon hike with views of the picturesque LA skyline, Conservatory and Hollywood.
And then there’s this… wicked podcast chats with American stand-up comic, podcaster and writer, Gareth Reynolds.
I met Gareth briefly earlier this year during Melbourne International Comedy Festival through his podcasting partner-in-crime on The Dollop podcast, Dave Anthony, and we smashed more than a few beers together in Melbourne when Dave/Gareth were touring The Dollop and their stand-up shows around Australia in August.
We cover a diverse and mind-blowing array of content including The Dukes of Hazzard, Washington Redskins and nations that haven’t dealt with their racism, the deliciousness of travelling through Italy with your eyes welling up at the sight of the Statue of David in Florence, three key pieces of advice for anyone wanting to start a career in stand-up comedy, Tim Tam Slams, his journey from growing up in the cheesehead state of Wisconsin to English-born parents to university life in Boston, writing on a TV show in New York and building his career in stand-up, the impact that writing sketch comedy with writing partner Evan Mann has made on his career, kangaroo ball bottle openers, the Green Bay Packers, koalas & chlamydia and so much more!
A wonderful, flowing and hilarious chat with a guy that I’ve found to be one of the friendliest and funniest dudes there is… seriously… download his podcasts and come check out his stand-up sometime! His sh*t’s the BOMB!
Oh yeah, and there’s a HEAP of photos of Gareth’s LA PodFest set and The Dollop at LA PodFest below.
This one’s a cracker! Enjoy!
Click here for magic in your ears 🙂 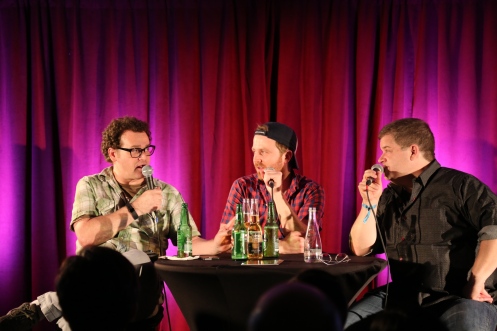 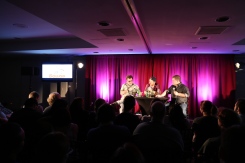 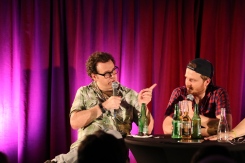 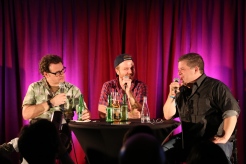 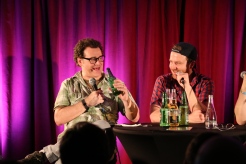 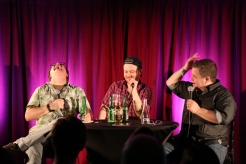 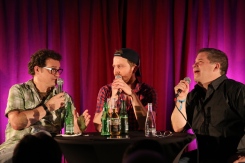 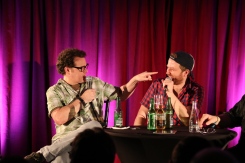 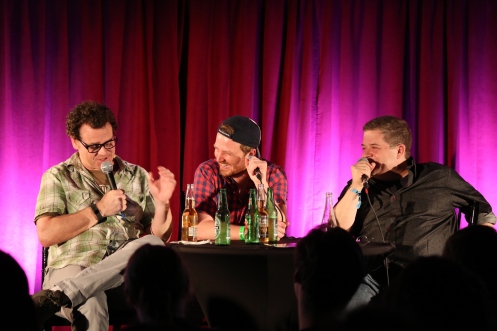 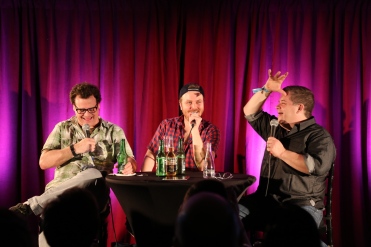 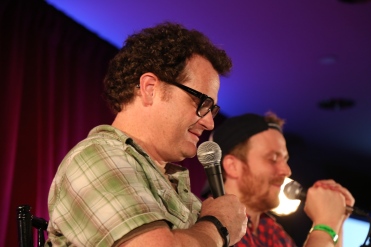 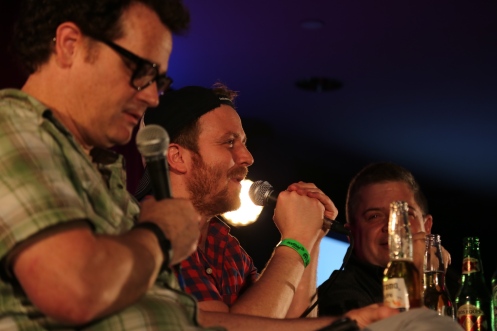 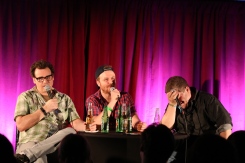 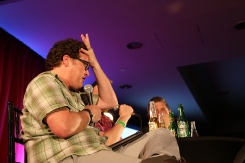 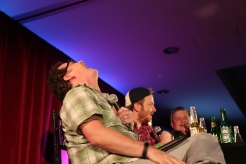 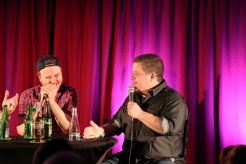 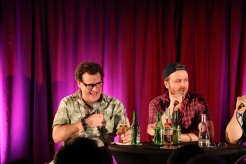